Before you go camping, to the next tailgate, or are traveling on a cross-country trip you might want to consider bringing a generator with you. Surprisingly, not all generators are big and clunky and some will fit easily in the backseat of your car; these are the inverter generators.

Also, check out our small generator reviews article to see which Inverter Generators made it on to our best of list.

What is an Inverter Generator?

Surprisingly for their small, compact size these generators are generally quite expensive, costing hundreds if not thousands of dollars. However, they produce a lot more power than similar conventional generators.

How do Inverter Generators Work?

The video below provides a good example of how inverter generators work, even if it’s trying to sell its own brand.

All generators work using either gasoline or another combustible fuel source, converting that fuel into electrical energy. In function, they are similar to a power plant but on a much smaller scale.

The engine, also called a motor, uses the fuel to power the alternator, which then produces the electricity.

Inverter Generators work the same way, except instead of producing AC power right away they convert it firstly into DC power and then “invert” it back to AC power, using on-board computers.

While this is occurring, the generator will “throttle” its motor to make sure that enough energy is produced to meet demand, but no more. This is what being “idle” means for these generators.

What are the Advantages of an Inverter Generator?

The most notable advantage of an inverter generator is the size. Small enough to carry and doesn’t take up much room, inverter generators are perfect for people that enjoy camping, RVing, boating, off-roading, or any other activity that would require a small, portable generator.

Due to the way that these generators function, inverters are noticeably quieter than their conventional counterparts. This is due to the use of more electronics than conventional generators. Although this will raise the price significantly, it does provide a plethora of benefits.

Along with being small and quiet, inverter generators are much more fuel efficient as they use an idling mechanic as previously mentioned.

Some inverter generators, like the Champion Models seen in the video, offer other functions, such as producing cleaner power, along with the ability to hook up to other generators for more power.

Here are some other advantages:

What is the Difference Between an Inverter Generator and a Regular Generator?

Conventional and inverter generators do have many similarities. They both require a combustible fuel source to function. Also, both use motors and alternators to produce electricity. And both come in a variety of sizes and shapes with varying power output.

The key difference is that a regular generator uses mechanical alternators, converting the power to AC. They also run automatic, producing the same energy output regardless of what’s being used.

As previously mentioned, Inverters convert and then invert their energy and ensure that only a certain amount of energy is used depending on the task.

Conventional generators are also louder compared to an inverter generator, with larger models easily drowning out all other sounds.

Then there is the cost difference. Conventional generators, depending on the size and power output, are significantly cheaper than the pricier inverters of similar size and output. 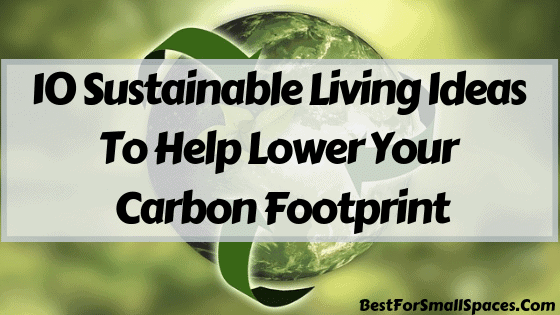 The 50th anniversary celebration of Earth Day is just around the corner; what better time to remind ourselves to lessen our environmental footprint. I’m sure by now you already know how climate change, depletion of the ozone layer, depletion of natural resources and global warming have been posing a threat to our existence. So now… 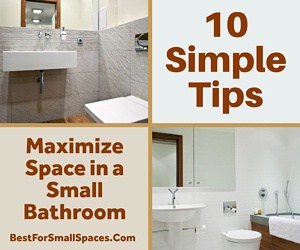 Out of all the rooms in the average home, the bathroom will probably be the smallest.  For this reason, careful planning is needed to make the most of the limited space available in a tiny bathroom.  There is no reason why a small bathroom cannot have all the necessary furniture and items compared to a… 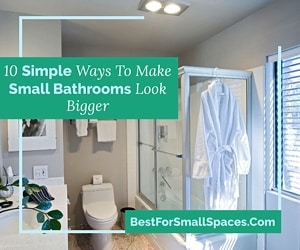 ​A small bathroom may have less square feet than a larger one, however what it does lack in size, it can make up for in appearance.  Whether, it is a small bathroom, half bath or powder room, with some imagination, care and attention, it can be the best looking room in the house.  Have a… 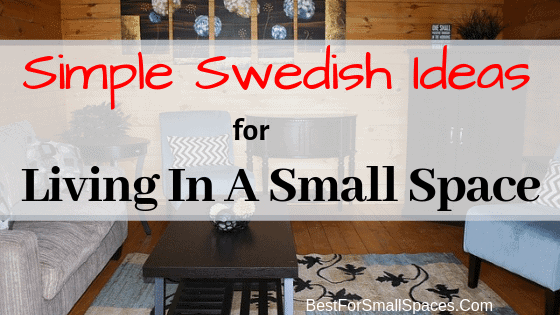 Sweden is renowned for its cool architectural designs and famous for blending functionality and minimalism. But what sets Sweden apart from many other countries. Swedish architects really understand how a building makes the occupier feel and how a person connects to their living space. Table of ContentsA Swedish Saying Relevant To Small Space LivingLagom är… 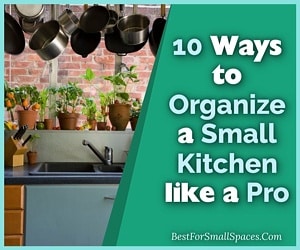 Let’s be honest, having a small kitchen can really be a major headache for a lot of reasons. In addition to cramped countertops, undersized appliances, a tiny cooking space and often little to no cabinet space for storage. What’s even worse is how quickly it gathers various clutter. I know you already know first hand… 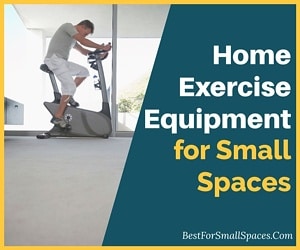 As gym memberships are becoming more expensive and home exercise equipment is becoming more affordable, many people are deciding to workout in the comfort of their own home. Some of the benefits of exercising at home are, first of all,  not having to commute to the gym.  Commuting back and forth to the gym can…